PRESS RELEASE — The F-14 Tomcat “Fast Eagle 102” is the sole surviving aircraft from the air-to-air battle and shoot down of two Libyan Su-22 Fitter aircraft on August 19, 1981.

While on deployment with the USS Nimitz battle group off the Libyan coast, two VF-41 Black Aces F-14A Tomcats encountered two Libyan SU-22 “Fitters” while on a routine combat patrol over the Gulf of Sidra. Fast Eagle 102, one of the two F-14 Tomcats on the deck of the USS Nimitz immediately following the incident

On July 27, 2016, The Flight Deck Veterans Group (FDVG) began the much anticipated restoration project on the F-14 Tomcat “Fast Eagle 102” and returned the aircraft to its former glory. The FDVG members, who were eager and excited to restore the F-14,  worked passionately to preserve naval aviation history. 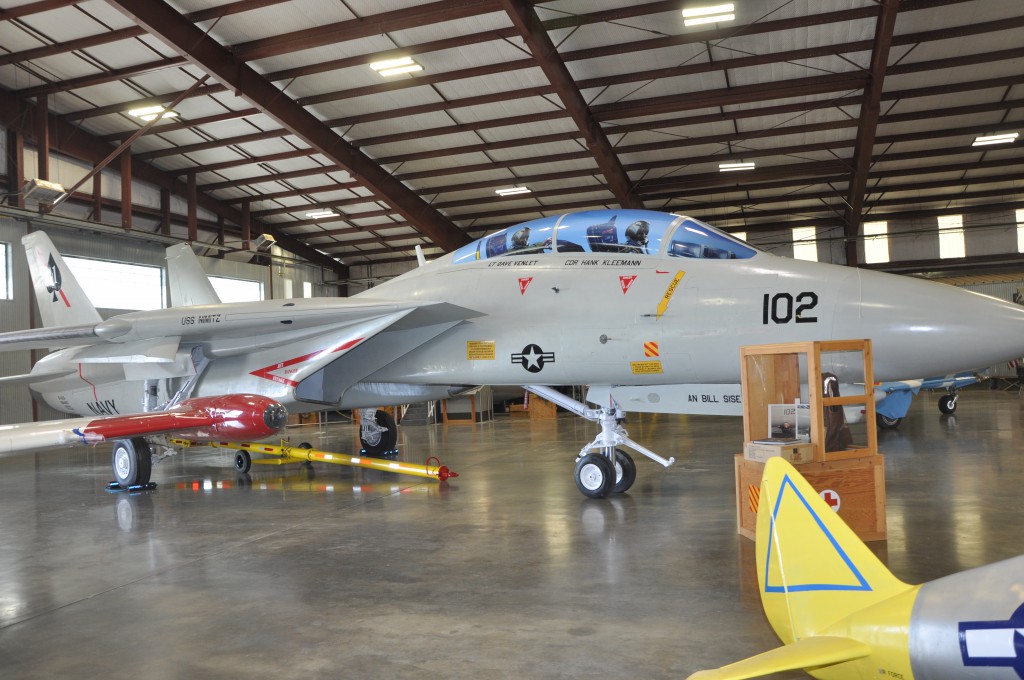 “Fast Eagle 102” after restoration by the Flight Deck Veterans Group; now on display at the Midland Army Air Field Museum.

The CAF High Sky Wing and The Flight Deck Veterans Group unveiled “Fast Eagle 102” at AIRSHO 2016, in Midland, Texas. In attendance were a number of crew members of the USS Nimitz and Read Admiral (USNRET) David Venlet, who was the backseater on the historic mission.