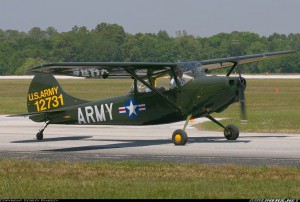 The Cessna O-1A Bird Dog started civilian life as the Cessna Model 305A, a derivative of the Cessna 170. The US Army began taking deliveries of is as the L-19A Bird Dog in December, 1950, and was soon using it during the conflict in Korea.  It was used in various capacities such as artillery spotting, front line communications, medevac and training.  In 1962 the Bird Dog, now designated O-1 was sent to Vietnam in similar roles.  The Ravens, a clandestine forward air controller group took advantage of the low and slow capabilities to spot enemy concentrations and direct both artillery and air to ground fire. The Bird Dog proved itself a capable and dependable tool for reconnaissance, target acquisition, artillery adjustment, radio relay and convoy escort.

For more information refer to the following site from which information was taken for this article:  https://en.wikipedia.org/wiki/Cessna_O-1_Bird_Dog 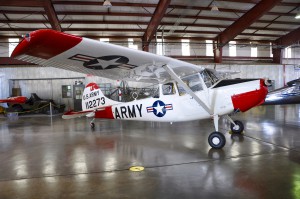